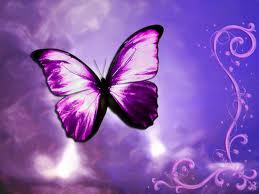 Awakening  the Creative Seeds Within You for Your Life and Business to Transcend.

< >
More
WHAT ARE LIGHT CODES?
Light code seeds are finely compacted and interwoven geometrical complexities that interweave the energetic matrices of different realities and dimensions.  Each thought form seed crystal light code has a different message and a different set of connections for different realities.
Indigenous traditions talk of Grandmother Spider weaving the loom of creation. Similarly, some light code’s purpose is to weave information and knowledge from different corners of the universe - from different galaxies - thus creating new and enticing patterns of light, sound, and manifestation.
WHAT DO THE COSMIC LIGHT CODES CONTAIN?
These light codes carry the mathematical matrices of the new beginning - the seed forms of new thoughts that will both bridge the old reality to the new, and also create hitherto unknown and exciting new reality structures as the shift unfolds and develops.
Some light codes weave the far reaches of the galaxies together in vast infinity loops with your own galaxy, solar system and earth and human consciousness. Thought forms are encoded in geometrical configurations - some of which are known on earth as the structures defined in sacred geometry.
Other light codes are coming in through the galactic star gate portals that are quantum multidimensional.  That means they carry intentions that will initiate, activate and enhance humanity's emerging elevation in consciousness.
HOW YOU COME TO HOLD LIGHT CODES?
Many of you carry light codes in the centers of your spiritual DNA strands which were implanted long ago before your embodiment. Some of these codes have been held in abeyance through their dormancy periods embedded in some humans' DNA - just as some seeds can remain dormant on your planet for hundreds and thousands of years until conditions are ripe for their sprouting.
Other codes are being released, and have been being released for several years through the portals of sacred sites - which serve as inter-dimensional and galactic doorways. Many have been guided to visit sacred sites and perform rituals that activate the receptors within you to receive the implantation of these divine Codes of Light.
Still others are being downloaded with codes directly from the crystalline and other grids.
Some are receiving the codes through connections to cosmic beings of light and love - such as angels, ascended masters, galactic light workers, etc.
Some will receive codes from reading these intentionally empowered words.
It is the time now of the activation of these light codes of cosmic consciousness from various sources.
Humans who carry these codes are usually not known even to themselves.
Some codes are implanted at the soul contract level before incarnation. As each soul is preparing for their early round of incarnations, they agree to carry codes into that reality. These seed light codes await the right time and circumstances to spring into new life, to activate - just as your plant seeds sprout when the seasons and conditions are right.
The newly sprouting light codes on this earth plane are timed to accelerate their sprouting process in the season of the 2012 phenomenon as galactic conditions ripen and the energetic doorways open.
It was  2012 that the energetic shift of the ages  enabled the conditions to nurture the new realities that these thought and energetic seeds light codes carry.

On June 25th, 2016 the old Earth’s fragmented and fear-based grid of separation and duality which was formed during Humanity’s fall from Grace WAS TRANSMUTED INTO LIGHT AND REPLACED WITH A NEW 5TH-DIMENSIONAL CRYSTALLINE GRID SYSTEM!!!  The energy has been more acessible since.

Awakening Destiny Codes sessions  are about clearing the distorted matrices of illusion that have entrapped us within our human DNA lineage and collective consciousness. Connecting to the frequency of Divine Truth will restore your Destiny Codes to the gift you truly are for Humanity. As we birth ourselves from the collective grid we enter into the freedom of Awakening to our inner power the divine grace of love itself.....read more
Book your session

Oops! This site has expired.

If you are the site owner, please renew your premium subscription or contact support.